Uses And Applications Of Pyrophyllite Lumps 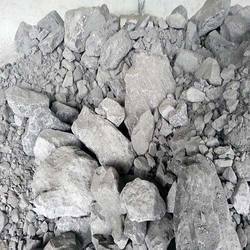 The Pyrophyllite powder is a special kind of powder which is especially used in sectors like the refractories, ceramic and paints and even at the rubber and plastic industries. The Pyrophyllite powder and lumps usually contain a high amount of aluminium having a very low pH value and with extraordinary whiteness.

Shades of Pyrophyllite Lumps
The lumps which are usually sold by the PQ pyrophyllite lumps supplier are available in a wide range of colour shades including green, pale green, orange, red, etc. Apart from these colourful lumps, they are also available in a translucent shade which owns an average hardness ranging between 2.5 and 3.

The thickness of the PQ Pyrophyllite lumps makes it an amazing substance for carving. The average block sizes of Pyrophyllite sold by these companies are available in a range varying from 5-200 kgs.

Considered as a secondary mineral, the basic composition of Pyrophyllite can be described as two parts of aluminium, three parts of oxygen, and four parts of silica along with two parts of water components. The substance owns a typical brightness, which plays a major role in marking the utility and the value of it in various types of industries.

However, in some cases, coloured minerals like iron oxide and hydroxide, opaque, chlorite are present in the material along with quartz and other such miraculous minerals which lead to a decrease of the overall brightness of the material. There are several suppliers who supply high-quality Pyrophyllite powder having an average brightness ranging between 85-92% in various forms of meshes ranging from 200 to 700.

Coming to the properties of raw Pyrophyllite sold by PQ Pyrophyllite lumps supplier, it can be described in terms of its composition. In one gram of Pyrophyllite, 58.70% of silica is present with 31.40% of aluminium,1% of ferric oxide and about 0.80% of titanium.

What Are Pyrophyllite Lumps?
The lumps of Pyrophyllite are comparatively harder in its natural form. It does not flux if fired. Due to this property, it is widely used in the high-grade ceramic products, in various types of electrical insulators and other such refractory units.
The Pyrophyllite lumps also impart a special kind of thermal shock resistance to all kinds of ceramic bodies which make it an amazing substance which can be used as a filler or dusting powder in different kinds of industries.

What are the advantages of using pyrophyllite lumps?
• It owns a very low thermal expansion with shrinkage ability.
• It helps in faster firing cycle while manufacturing whitewares.
• It provides better mechanical strength.
• It is widely used in the manufacturing of various types of stoneware and chinaware.
• It improves the whiteness of the item in which it is used.
• It owns a very low heating temperature.

This entry was posted on September, 03, 2019 at 17 : 09 pm and is filed under Minerals. You can follow any responses to this entry through the RSS 2.0 feed. You can leave a response from your own site.